Summary: Bioaerosols are biological particles in the air such as pollen, fungal spores, bacteria and viruses. While most are harmless, some can trigger adverse effects such as hay fever or respiratory diseases. The impacts of bioaerosols on the health of the Irish population and agriculture and the linkages to climate remain underexplored. This project seeks to address this problem by undertaking the required monitoring and by developing a forecast model. 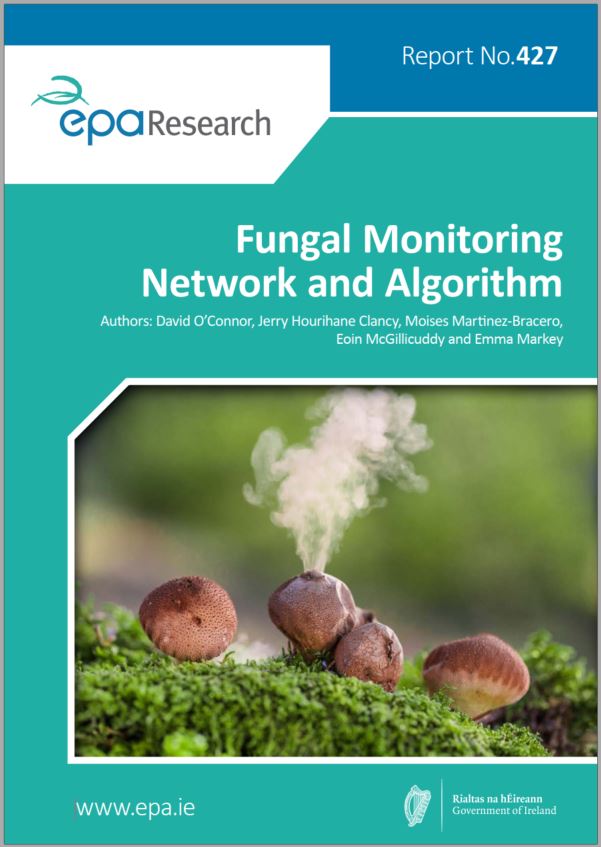 Bioaerosols are biological particles in the air such as pollen, fungal spores, bacteria and viruses. While most are harmless, some can trigger adverse effects such as hay fever or respiratory diseases. For example, many people with existing respiratory ailments, such as asthma, have their symptoms exacerbated by breathing in fungal spores. The agricultural sector is also affected: crop yields can be substantially decreased by diseases caused by airborne plant pathogens. As no monitoring system is in place, no forecast based on local data is available in Ireland. The forecast provided by the University of Worcester (UK) is not based on Irish data. A reliable bioaerosol monitoring and forecasting system would be a valuable tool for the Irish health and agricultural sectors.

Thus, the impacts of bioaerosols on the health of the Irish population and agriculture and the linkages to climate remain underexplored. The health and well-being implications place substantial pressures on people suffering from allergic rhinitis and asthma. This, in turn, places undue pressure on national healthcare services.

This project seeks to address this problem by undertaking the required monitoring and by developing a forecast model.

The direct impact of bioaerosols and fungal spores in particular can be seen throughout the year, leading to reduced quality of life and loss of productivity. Hence, this impact can exert significant and far-reaching societal and economic pressures, placing financial burdens on employees and employers alike.

While most who suffer from allergies find their symptoms more irritating than debilitating, this cannot be said for people who have asthma. As Ireland has the fourth highest incidence of asthma in the world, this is a significant sub-section of the population. Many find that their conditions are exacerbated by fungal spores and chemical particulates, placing significant strains on the public health infrastructure. Furthermore, the agricultural sector is considerably affected by fungal diseases such as potato blight, with substantial losses incurred every year.

In the light of these impacts on the general public, our society must develop “early warning” systems for bioaerosol detection at both national and local levels. FONTANA set out to develop such systems to mitigate the people of those negatively affected by fungal spores.

FONTANA produced the first Irish bioaerosol network, sampling and determining the concentrations of ambient fungal species in both rural (Carlow/Sligo) and urban (Dublin/Cork) settings. This was done using both traditional impaction methodologies and real-time light-scattering and light-induced fluorescence (novel) approaches. The traditional methods highlighted the difference between the sites used, with grass pollen more prevalent at the rural site.

These data were collated with fungal data collected in the 1980s to create the first fungal calendar for Ireland, displaying the start, end and peak release periods for each fungal spore type, and highlighting the most allergenic species present in the Irish environment.

The data from the novel approaches showed decent correlation with those from the traditional methodologies, had a greater time resolution and were outputted in a far timelier manner. These data, in tandem with other air quality data, could be useful for air quality modelling and risk assessment. However, the novel approaches were unable to differentiate between fungal species. Therefore, they are more useful as bulk bioaerosol monitors than species-specific detectors.