The Quality of Bathing Water in Ireland 2008

Summary: In 2008, the quality of Ireland's bathing waters remains high with 93 per cent of bathing areas (122 of 131 areas) complying with the minimum EU mandatory values and achieving sufficient water quality status. 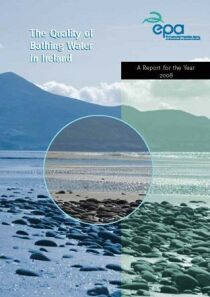 The lower proportion of bathing areas achieving sufficient and good water quality status is due, in general, to the higher than usual rainfall that occurred during the summer of 2008.

While the overall level of bathing water quality remains acceptable, a small number of bathing areas are consistently classified as poor.  Adequate measures including the provision of appropriate waste water treatment facilities are required if these bathing areas are to comply with EU standards.  Furthermore, given the higher rainfall in recent summers, measures need to be taken to minimise its effects on bathing waters including adherence to good agricultural practices.