Summary: The overall objective of the Irish Soil Information System project was to conduct a programme of structured research into the national distribution of soil types and construct a soil map, at 1:250,000 scale, which would identify and describe the soils according to a consistent national legend. 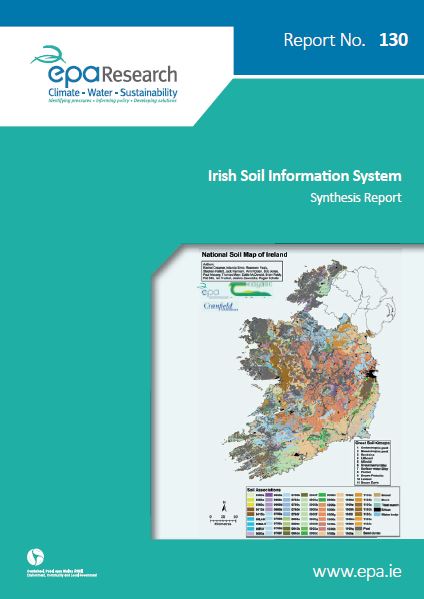 The Irish Soil Information System project has used existing data and maps from the previous National Soil Survey (NSS) conducted by An Foras Talúntais (AFT) (forerunner organisation to Teagasc). The NSS produced: mapping at 1:126,720 scale for 44% of the country; a General Soil Map of Ireland and a National Peatland map, both at 1:575,000 scale; and other miscellaneous large-scale mapping of experimental farms. In addition, the Irish Soil Information System has included more recent map products, such as the Indicative Soil Map (1:150,000) and Subsoil mapping (1:50,000) (Fealy and Green, 2009) with national coverage using GIS and remote-sensing techniques.

All Final Technical Reports are available from: http://erc.epa.ie/safer/reports

The Soils Information System is now available from:  http://soils.teagasc.ie