Summary: Background levels of metal(loid)s coupled with anthropogenic sources may lead to increased levels of certain metal(loid)s in soil, leading to potential uptake by plants. This study develops a source–pathway–receptor conceptual model for metal(loid)s in environmental media. The study presents an approach that can be extended to further evaluate pollutants and their environment–health interactions. 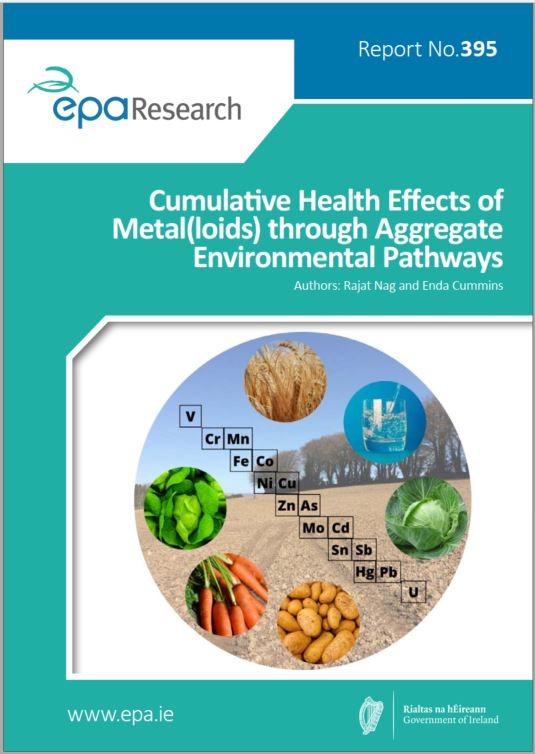 Some metal(loid)s are an essential requirement for plant and crop growth. There are inherent background levels of many metal(loid)s’ in regional soils depending on geological sources. In addition, anthropogenic sources of metal(loid)s may be derived from diffuse, regional land application of biosolid products. Background levels coupled with anthropogenic sources may lead to increased levels of certain metal(loid)s in soil, leading to potential transfer to water sources and potential uptake by plants. The latter could result in transfer into the feed-to-food chain, namely via grazing animals, and also biotransfer to food products, resulting in human exposure.

The research shows the development of a risk quotient (RQ) methodology that is used to compare reported levels of metal(loid)s and the maximum permissible values of metal(loid)s in various environmental media (soil, water, sediments). The RQ can be used to inform policy with regard to metal(loid)s requiring vigilance and careful monitoring in environmental media. Further assessments should be undertaken on a national basis, when the Tellus database coverage is extended, which could help with human protection from metal(loid)s from environmental sources. The exposure assessment model can be used to assess likely exposure scenarios with a focus on environment–food interactions and to assess maximum permissible levels in soil in order to reduce the potential for bioaccumulation in plants that may be used for human consumption. Such techniques can inform national and international advisory bodies on the cumulative influence of risk factors on overall metal(loid) persistence in environmental media.

A semi-quantitative risk-ranking approach was adopted to identify potential metal(loid)s of concern and priority locations where elevated levels may occur. The integration of data capturing the influence of pH, soil organic carbon, soil texture class, slope, field/soil drainage class, baseline concentration, proximity to mines, urban activity and biosolids application on potential uptake of metal(loid)s by crops was carried out as part of this study. This study highlights the integration of an analysis of baseline concentrations of metal(loid)s through a geographical information system (GIS), with a probabilistic risk assessment approach to provide exposure estimates for metal(loid)s’ of human health concern. The approach can be applied to a multitude of metal(loid)s and other potential hazards and can help in the evaluation of potential environment–health interactions.