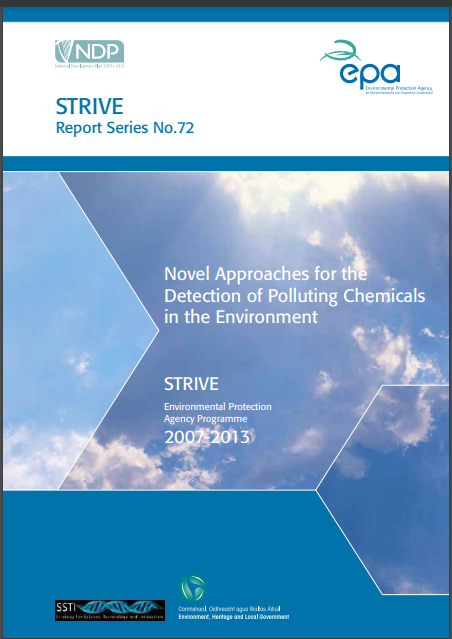 Toxic synthetic organic compounds are ubiquitous in our modern environment and pose significant risks to human health. These compounds include polychlorinated biphenyls (PCBs) and many toxic chlorinated organic pesticides of concern as environmental pollutants. The glutathione transferases (GST) family of enzymes can play an important role in the detoxification of a wide range of these compounds. The aim of this research project was to investigate (known and novel) bacterial GSTs in environmental samples, and to study microbial diversity in these samples using molecular biological techniques. It was proposed that bacterial GSTs identified in soil/ sediment contaminated with toxic chlorinated organic compounds could have the potential for bioremediation, and for development as bioindicators and biosensors of environmental pollutants, for example, toxic chlorinated organic PCBs and pesticides. A specific bacterial GST, BphKLB400, was to be developed for use as a biosensor and for bioremediation.

A number of environmental soil/sediment samples that were of interest as potential sources of bacteria capable of degrading chlorinated organic compounds were sourced, both nationally and internationally, and used for genomic DNA isolation. A highly conserved gene (the 16S rRNA gene), which is used to identify microorganisms present in soil/sediment samples, was further investigated.

The DNA sequences of a number of bacterial GSTs capable of degrading organic compounds were analysed so as to identify highly conserved amino acids. These amino acids were then used in the design of experiments to identify (i) bacterial GST sequences (known and novel) in environmental samples and (ii) variants of a specific bacterial GST, BphKLB400, with increased GST towards toxic chlorinated organic compounds found in the environment, which were to be used in the development of biosensors and for bioremediation. A number of bacterial GST sequences of interest (with increased activity towards pollutants) linked to a fluorescent tag were inserted into plant-associated bacteria. These modified bacteria were shown to be capable of colonising plants. However, more work needs to be done to further assess these laboratory-scale experiments. Although many environmental regulatory measures have been adopted in Ireland in recent decades, there has been little regulation regarding the protection of soil or the remediation of contaminated soil. With environmental technologies playing a key role in the Irish government’s Building Ireland’s Smart Economy paper (2008), and a global political shift towards sustainable and green bioremediation technologies, the development of plant-associated bacteria to degrade toxic synthetic organic compounds in environmental soil may provide an efficient, economic, and sustainable green remediation technology for the twenty-first century environment.