STRIVE 101 - Flow Technology – A green technology with a bright future

Summary: Currently, for every 1kg of active pharmaceutical product produced between 25 and 100kg of waste is generated. This project looks at new technologies that reduce water and energy requirements, offering cost savings and improved product yield, with less waste gnerated. 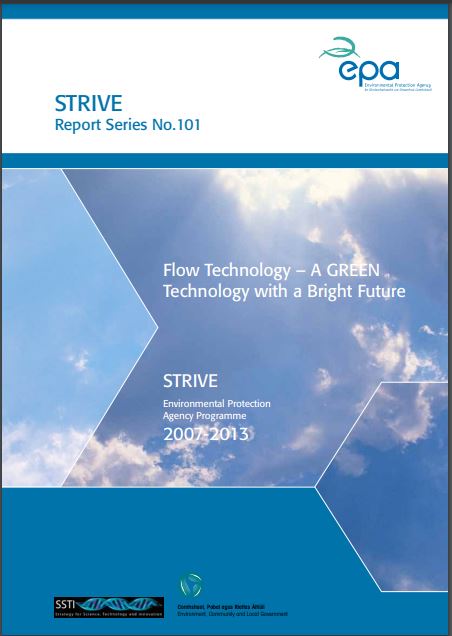 Microphotochemistry is a novel research area of the twenty-first century that arises from significant progress in micro- and nanotechnologies. Microphotochemistry combines established techniques in organic photochemistry and continuous flow microsystem engineering with advances in light technology.

Microphotochemistry can be considered to be an environmentally conscious methodology, contributing to the rapidly expanding field of ‘green chemistry’, by reducing the volume of waste, improving energy efficiency and product selectivity. The first stage of this project was the establishment of a high-profile international photochemistry research cluster centred at Dublin City University (DCU) with partners at the Leibniz Institute for Catalysis, Rostock, Germany (Dr Klaus Jaehnisch) and James Cook University, Australia (Prof Michael Oelgemöller).
The present project has allowed for the creation of new technologies that not only address environmental needs, but also offer chemical manufacturers substantial process cost savings and improved product yield outputs.

This project investigated the microscaling of a series of photo-induced electron transfer and photodecarboxylative additions initially using commercially available microreactors. It was found that not only can typical photoaddition reactions be successfully scaled down to a microdwell reactor, but that in many cases yields of these reactions are
greatly improved over the large-scale Rayonet reactors. However, the commercial availability of a large range of
microreactors that can be used in photochemistry are somewhat limited. Furthermore, commercially available
microreactors are based on a square chip design and are expensive. It was hypothesised that a coiled design, where a microcapillary can be wrapped around a commercial light source, would be advantageous since this would allow control of the path length of the reactor and also be far cheaper to build in comparison to commercial chip systems. A prototype dual-capillary reactor was constructed and then comparative synthetic studies between the new reactor and the commercially available systems were carried out. It was found that the new prototype reactor gave comparable performances to the commercial devices but with the advantages of low cost and the elimination of water as coolant.

With the success of the new prototype reactor a new multi-capillary tower reactor was constructed. This new reactor has the capacity to either run ten separate reactions simultaneously (as a parallel reactor) or can be used as a scale-up system where a single reaction mixture can be run through all ten capillaries simultaneously. It was possible to validate both applications with the new reactor, demonstrating its applicability in both parallel synthesis and scale-up chemistry. Overall, the new multi-capillary tower reactor can be used not only as a small-scale R&D tool for laboratory based production of chemicals, but has excellent potential as a multi-kilo chemical production tool for the chemical industry, offering reduced waste streams, a safer working environment, a reduced carbon footprint and a significant reduction in water usage.